You've been to "Year Zero" before. Whether it was when you watched "The X-Files" or read "Brave New World," you've already acquainted yourself with the same themes of inescapable surveillance and subcutaneous control perpetrated upon an unwitting populace by its government.

What such previous works of dystopian fiction haven't done, however, is pull you into their mythologies as forcefully as Nine Inch Nails' newest album. Many layers of detail have been woven into this fictional world 15 years in the future, but the gist goes like this: The far-right administration freely invokes a religious authority to rule over its citizens by pumping mind-control drugs into the water and implanting computer chips in their wrists, global warming has sunken coastal cities and spawned a new drug after spoiling the cocaine crop, and citizens have frequently claimed to see five giant fingers grazing the horizon that may or may not be from the hand of God.

Nine Inch Nails' sole creative force, Trent Reznor, said of the inspiration for the album's setting, "If you imagine a world where greed and power continue to run their likely course, you'll have an idea of the backdrop. The world has reached the breaking point - politically, spiritually and ecologically."

The Year Zero alternate reality game (ARG) slowly sculpted this not-so-distant future from a Web site written in highlighted letters on a tour T-shirt. Song-bearing USB sticks left in bathroom stalls during the band's European tour threw new ropes to the diehard fans who so eagerly climbed aboard the developing mythos by piecing together Web page backgrounds to reveal book text, running the leaked songs through spectrographs, and collecting a series of numbers whose purpose has yet to be deciphered.

The temptation may be to cry "marketing ploy!," but when the artist in question is Reznor, commercial appeal plummets down the list of possible motives. Instead, it seems the Year Zero ARG underscores a sincere attempt by Reznor to raise his still influential voice against a world that repulses him. We've witnessed him increasingly politicize his music since May 2005, when he refused an MTV performance because the network would not permit it to take place with an image of George W. Bush in the background. During the North American "Live: With Teeth" tour, Reznor repeatedly cried the "Kill me!" climax of "Eraser" as images of combat in Iraq played on a projection screen hanging before the band.

"Year Zero" marks the first album Reznor has written with an outward focus. By using his music as a pulpit rather than a personal diary, he has regained much of the very thing he has mocked other popular musicians for missing: relevance. The revolutionary storytelling form of the ARG could further strengthen his connection to the casual music fans that flocked to him as "Closer" rode its sexed-up pulse beat to mega-hit status in 1995. 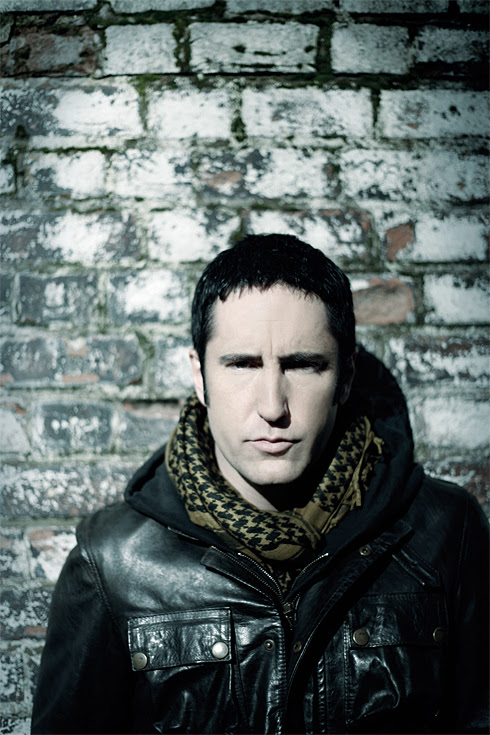 The diehard audience that crowded Reznor's iconoclastic industrial rock altar in the mid-90s decayed over the next ten years. Many left while waiting five years for "The Fragile" to follow up his landmark 1994 mix of industrial abrasion and pop accessibility, "The Downward Spiral." The double-disc length and single-lacking landscape of the 1999 release reaffirmed his demigod status among core fans but cut loose scores of fairweathers. "With Teeth" started to lure them back in 2005, but the album's streamlined rock sound did little to please Reznor's most rabid followers.

"Year Zero" hits just below "The Downward Spiral" and the seething 1992 EP "Broken" on the hierarchy of Reznor's work. Its sixteen songs return him to the fore of industrial pop with few live drum or guitar tracks to be found. The stampeding rock crescendo of "Hyperpower!" and "The Beginning of the End's" head-bobbing "My Sharona"-esque drum beat gradually give way to laptop-generated blips and synthesizer sounds that threaten to buzzsaw straight through your speakers.

Electronically filtered horns bring the funk on "Capital G" (a rhythmic cousin of Michael Jackson's "The Way You Make Me Feel") and "Vessel's" deliberate beat is driven by a death ray-like fuzz. The digital hardcore soundscape culminates with the second half of "The Great Destroyer," when a synthesizer meltdown seems to record a desperate battle between Reznor and his equipment from which neither combatant escapes alive.

Behind all "Year Zero's" brusque edges are hooks as sharp as those that earned Reznor lengthy placement on the Billboard charts. The swinging beat of "Capital G" will seduce listeners into singing along with the track's callous right-wing narrator, who declares: "Don't give a shit about the haves and the have nots; have some personal accountability." The wisest choice for the next single, "God Given," marries Reznor's lyrics of religious entitlement and exclusivity with a menacing club beat that could be the soundtrack to the best sex of your life.

With conservative politics squarely in his crosshairs, the onus falls on Reznor to outfit his compelling music with equally compelling lyrics. On "The Fragile" and "With Teeth" his words drew criticism for wallowing in teenage melodrama, but on "Year Zero" they speak current sentiments with varying degrees of strength.

The protagonist of first single "Survivalism" insulates himself against a defiled planet and police state with "violence in hi-def ultra realism" and rationalizes his selfishness by reminding you that "you'd do the same thing in the circumstance." "In This Twilight" finds its Year Zero character scouring a nuked nighttime landscape for meaning as he notes, "Ashes in your hair remind me what it feels like ... and I won't feel again." "The Good Soldier" struggles to make sense of the death and chaos surrounding him in the desert, but his meditation is bogged down with silly rhymes like "How can this be real? I can barely feel."

"Year Zero's" lyrics are best understood within the computer-driven context of the album, but grasping its back story could take days. Reznor's smarts are revealed by the songs' ability to stand, threateningly, by themselves. They may lacerate ear drums with crackling electronic sounds, but their contemporary themes will last even longer in a listener's mind. And the science fiction-inspired story they serve may not reek of ingenuity, but the way Reznor tells it reasserts his artistry when the world needs it most.