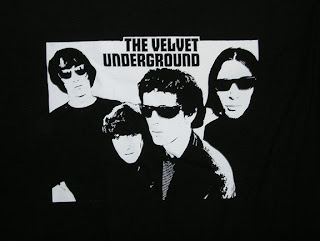 I feel cool when I listen to the Velvet Underground.

Not because it means I can name-drop them like a bottomless hipster credit card. Which, mind you, they are. The group has shaped more musical genres than any other, save for the Beatles. But the Velvet Underground is guaranteed vanguard status in the hearts of the vinyl intelligentsia because in addition to being so goddamn good, relatively few know it - even 40 years removed from their first album.

But again, that's not what I meant. And disregard the glib reverence for the Velvet Underground as proto-alternative deities from New York City, with their eyes cloaked by sunglasses, their minds spoken through the drug-loving street poetry of Lou Reed and their name trumpeted by Andy Warhol at the apex of his pop-art revolution.

Behind the Velvet Underground's now-iconic image and the hipster hero worship they've cultivated, their music conveys its own cool. It's the bold vision of a band that just wanted to fuck everything up and have fun doing it.

That confidence to experiment enlivens everything they created, and "The Velvet Underground and Nico" captures just how far they could extend themselves without compromising it. Nico glides through "I'll be Your Mirror" as gracefully as an avant-garde German vocalist can, and John Cale's see-sawing electric viola on the subsequent "Black Angel's Death Song" lacerates the ears she left at ease. 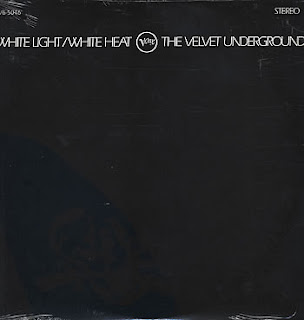 Their debut was the landmark that launched a thousand bands, as Brian Eno once noted, but it is "White Light/White Heat" where the Velvet Underground - sans Nico, sans Warhol - set out to melt everyone's ideas of how music should sound.

The band's endorsement from Vox empowered them with the amps and pedals to warp the guitars to their fuzziest potential. They sound like they want to break every piece of that equipment on "Heard Her Call My Name," which abruptly begins in the middle of a burst of squealing feedback. Reed sings the verses with freewheeling touches of scat and falsetto as raggedy guitar chugs toward the echoed chorus. Then he shoots off a duo of murderously noisy solos that hit notes so high, some would find a straightened paper clip ear exam preferable.

The middle of the album is anchored by the slightly more subdued "Here She Comes Now" and "Lady Godiva's Operation." Reed substitutes for the soothing vocal role of Nico on the former song, while Cale sings the latter. The listener settles into the groove of the Welshman's gently muttered lyrics about the chic titled character, but Reed - much louder in the mix - interrupts to collapse the calm when her operation starts. Cale continues singing about the botched surgery, in which Lady Godiva is lobotomized, while Reed and Sterling Morrison vocally mimic the buzz of the instruments in a heavy bit of black humor.

"The Gift" also features Cale's vocals. Here he matter-of-factly recites the story of a college boy who mails himself to his cross-country girlfriend, only to receive a scissor blade through the skull as she tries to open the box (that's two characters who die of head trauma in back-to-back songs). The story feeds one speaker while a steadily fraying rock tune fills the other.

And at the beginning of "White Light/White Heat" is the title track, which - I'll be honest - I first heard of when John Cusack included it on his 'top 5 side ones, track ones" list in "High Fidelity (hipster worship strikes once more). If you watched last year's MTV Video Music Awards, you probably heard Reed play a substandard rendition of it with Jack White's Raconteurs. The song was written about stepping into the morning sun strung out on amphetamines, and Reed romanticizes the sensation with soulful words like "White light, it lightens up my eyes; don't you know it fills me up with surprise?" Cale pounds on the piano accompanying Maureen Tucker's rhythm to start the album off already racing toward its dissonant wreck of an end.

So why is this cool? It's honest, it's daring, it's unrepentant and it wants to challenge you on an unconscious level. While other bands were perfecting the pop song, the Velvet Underground was deconstructing it and, inadvertently, inspiring punk, metal, noise and countless other permutations of rock music. Most of all, their songs charge toward those then-new directions padded by a mighty self-assurance on the part of Reed, Cale, Morrison and Tucker that is palpable in each note. And if you don't find that cool, then the Velvet Underground couldn't have cared less.